OCBC sees pockets of loan growth even as economic expansion in Singapore and globally moderates, with its head of emerging business expecting a boost from government-led projects in the areas of infrastructure and healthcare.

This also comes as the bank has noticed a discernible shift in attitudes of small and medium-sized enterprises (SMEs) in dealing with the manpower crunch - which has been rolled into the broader purpose in Singapore of boosting productivity through technology rather than cheap labour imported from overseas.

With the government largely not relenting on quotas on foreign labour, the SMEs are looking at ways to boost workforce efficiency. This shift in attitude, said OCBC's head of emerging business Eric Ong, has meant SMEs have become more keen to tap on government-led schemes.

Among the latest schemes to be rolled out is one known as the venture debt programme, which was officially introduced in January this year. This scheme, first announced in Budget 2015, applies to companies with accelerated growth - businesses that offer innovative, unique products, with high revenue growth potential.

Venture debt is a form of alternative financing for enterprises with high growth potential but may not have established revenue streams or lack significant assets to use as collateral, Spring Singapore said. To compensate for the higher risk involved in backing such companies, venture debt providers may combine their loans with warrants, or rights to purchase equity. Venture debt may also involve deferred payment terms to minimise short-term impact on cash flow. Critically, venture debt has less shareholder's dilution than equity investment, Spring Singapore said.

Spring Singapore will provide 50 per cent risk-sharing to financial institutions for such loans, which go up to S$5 million each, and is meant for working capital, or financing assets, projects or mergers and acquisitions. The government agency said it aims to dole out about 100 venture debt loans, totalling close to S$500 million, between now to March 2018.

For OCBC, it has chosen to go beyond targeting high-tech companies, and does not require the companies to be backed by venture capitalists, said Mr Ong.

One such company is Ascenz, which provides vessel monitoring systems, and data capture of vessel fuel consumption and bunkering for the shipping, as well as the oil-and-gas industries. OCBC offered them S$1 million in loans to take new products to market. Another is fashion retailer MDS, which borrowed half a million to fund regional expansion through opening of retail outlets in Malaysia.

The push towards venture capital loans comes as banks acknowledge a need to assess companies in a more enlightened way.

"It gives us a chance to learn about this segment. If you look at Airbnb, they started out from an apartment, at home. In the venture debt world, we want to discover such companies. Companies who have a great business model, great product, it's about the future," said Mr Ong.

"The old, traditional, credit model will not be able to assess such companies at all. If they walk in right now, they probably will be rejected. The way we've assessed companies that have been in the traditional industries, the wholesale trade, or manufacturing. You look at the volume, the throughput, the profitability. But the new way of assessing a company has to be very different."

These developments come amid uncertainty, and SMEs - young and old - are on their toes. "I wouldn't say that this is a crisis, but things seem a little bit unknown, as we go into 2016," said Mr Ong.

"SMEs are more cautious when they take up a bid or tender for any project. They will look at whether they are able to meet the requirements, because cost is going up. They are a little bit more cost-conscious. That's why the government schemes are very important : when it comes to the pricing of the loan, it's also lower."

SMEs are making adjustments, amid cost constraints. "Manpower continues to be an issue. SMEs still continue to make adjustments, but you see that, in a way, they have taken as a fact that things will not change. In the past, they'd still go to the government and say, 'we are really suffering'. But now, they have in a way, resigned to this, and said, 'we better change ourselves'."

Indeed, a Singapore Chinese Chamber of Commerce and Industry (SCCCI) study at the start of the year suggested SMEs have extended beyond a routine call for breathing room in foreign-worker quotas in Budget 2016, to push more strongly for greater subsidies to boost innovation, and in hiring older workers. SCCCI also reiterated to businesses there is "no U-turn in government's foreign manpower policy", and that companies here must go beyond current business models and seek out collaborations, as well as international markets, to thrive.

"If you look at global growth, it's projected to be gradual," said Mr Ong. "This is largely from the impact of the Chinese economy, the lower commodity prices, and even the larger economies, like the US. If you look at the recent job report, it's not extremely steady."

SMEs are, however, securing some projects related to infrastructure development. "The government continues to support a couple of projects, for example, in the area of infrastructure. Notwithstanding that the construction sector seems to have a little bit of strain, especially when it comes to residential development projects. But when it comes to government projects like infrastructure, building of the trains for example, that will help to boost the economy. The airport as well. We definitely see some customers securing some of the projects," said Mr Ong.

"The other area would be in healthcare, and this is up and coming. If you look at the government hospitals, the expansion will have a whole chain of effect - from construction to the supply of equipment to the hospitals. We see some of our clients coming to us for financing of some of these projects."

To target SME clients more effectively, OCBC has changed its two business banking branches - one in Ubi, and the other in Bukit Batok - to focus on advice on government schemes. This was after the bank observed that SMEs were walking in to seek advice on schemes such as the microloan programme, said Mr Ong.

William Maurice, director of Solar-DrivenAsia, which sells industrial electric vehicles, said in a press statement that it had been overwhelming for business owners to decide which financing options best suited the company's business needs. "It was really reassuring when my relationship manager not only advised me which government loan and bank financial facilities I could leverage for my business, but also simplified the application process," he said. "I also appreciate that she took the effort to really understand our business model, processes and market strategy."

The enhanced microloan scheme was pushed out in the second half of 2014, as part of the Budget then. OCBC now has more than 50 per cent of the market share with this risk-sharing scheme. Under the scheme, the government takes on 70 per cent of the risk for small loans below S$100,000. The loan is offered to companies as young as six months old, which are typically underserved because they offer no track record as evidence of growth or competence.

A 2014 survey that OCBC conducted with 400 startups and existing small business owners with turnover of not more than S$5 million showed half of young businesses require funding to kickstart their business growth, and more than 80 per cent of these SMEs require a first round of financing within the first two years of commencing business operations.

Banks are also entering a phase of collaboration with fintechs, in various areas of payments and lending. This could extend to loans for SMEs, which have begun approaching peer-to-peer (p2p) lenders for loans. Mr Ong is sceptical on the growth of p2p lending in Singapore. For one thing, p2p lending took off in the US and UK where there was credit crunch, he said. "In the Singapore context, most banks are still lending," said Mr Ong. Lending rates at p2p sites are also much higher than that of banks. "I'm not too sure there is that growth potential," he said.

But he, like many other bankers, see room to work with p2p lenders, and other fintechs, to extend lending options and reduce processing time and costs. "There could be areas where banks and p2p lenders can work together," said Mr Ong. "I don't exclude that possibility." 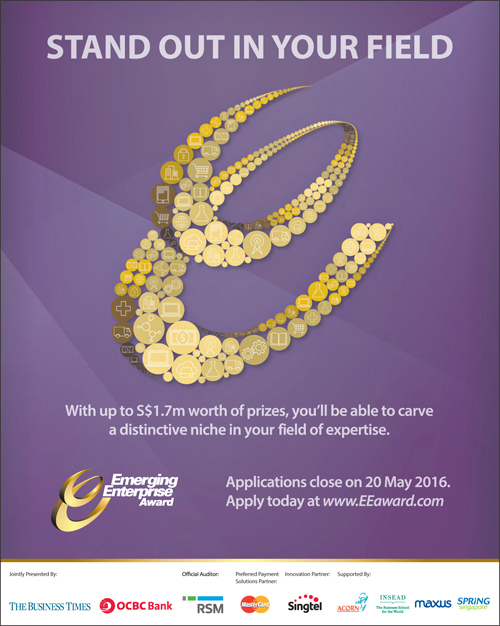 Singapore banks brace themselves for tough months ahead

NEW business formation is expected to remain subdued, while cessation numbers may pick up in the coming months as the Covid-19 pandemic continues to...

NTUC's Job Security Council has matched over 10,000 workers with jobs