A DIGITAL identity platform for global citizens. That is how Maxim Tint, the founder and CEO of GTRIIP, describes his product.

Founded in 2014, one of GTRIIP's key features is that it allows guests to check in at their hotels with a mobile application that makes use of their smartphone's fingerprint and facial recognition systems.

An artificial intelligence-powered machine learning system then registers and verifies the profile of the guests instantaneously.

This self check-in process eliminates the need for paperwork at the hotel's front desk and helps to reduce the check-in time to less than five minutes.

The GTRIIP app also has a host of other features, from enabling a guest's smartphone to function as a hotel room key, to allowing guests to control the lights of their room from the app and even an in-app messaging option for guests to converse with hotel staff.

When asked about what prompted him to set up GTRIIP, Mr Tint recalled a period when he had to travel frequently.

"During my travels, one of the pain points I encountered personally was the registration of information. For example, when I fly, there is the immigration information that I have to fill up (each time)," he said.

"It consists of my first name, last name, passport number and more. When I arrive at the hotel, the hotel's front desk will give me a registration card that also requires the same kind of information. One thought that came to mind was why this process had to be so manual.

"I was once stuck in a hotel lobby for 15 minutes after a late-night flight but I couldn't get a room as the front desk was understaffed."

He then set out to find a way to solve this perennially problematic issue for frustrated travellers.

"In this day and age, we are used to very seamless experiences like Grab. When you click a button, within five minutes or so, your car is here and waiting for you. We want to emulate that kind of really seamless, frictionless experience for hotel check-ins."

So far, the hotels which have partnered with GTRIIP include Park Hotel Group, Amara Singapore and Amara Sanctuary Resort Sentosa. Its system is also approaching one million check-ins. GTRIIP's partners include the likes of Assa Abloy Global Solutions and Salto Systems Asia.

The startup has gone through a number of funding rounds, raising US$1.5 million so far. Its upcoming Series B funding round later this year is aimed at raising US$4 million, which will value the company at roughly US$20 million.

The company also predicts that it will be cash flow positive by the end of this year. Describing GTRIIP's current phase of growth as "blitz-scaling", Mr Tint foresees that an initial public offering will be around seven years away.

On the topic of competition, he said: "I like to use this analogy: if you are a startup or a new business trying to build something, you're like a horse on a race track. You can't keep your eyes blind to what the competition is doing."

He views companies which provide physical kiosks as competition as well. However, he emphasises that the key differentiation that GTRIIP offers is affordability, sustainability and scalability.

"When we are rolling out the software that runs on your existing smartphone that you already own, it's a much more affordable and sustainable solution, while at the same time being more easily scalable. That's the reason we can roll out to 13,000 rooms in such a short time. It would have been an uphill battle if we were trying to do that with a physical kiosk," he said.

"To us, it's not really about beating the competition, it is about creating good value for the customers, so that when they pay a dollar for a software licence, they are really getting the best product out there."

As a startup that deals with sensitive information like passport numbers, Mr Tint was quick to point out that data security and privacy are important to GTRIIP.

"When we process the guest data for our hotels, we have a zero trust approach. Basically, there is no trusted system, every information must be encrypted. We also make sure the guest experience is very pleasant although the data is secure. We are compliant with PDPA (Personal Data Protection Act) and other international standards like GDPR (General Data Protection Regulation). We also encourage our hotel partners to be compliant with those standards."

Mr Tint also noted that guest data is completely discarded after the check-in process is done. While it is currently active in Singapore and Macau, the company is looking to expand in places such as Hong Kong, Japan, South Korea, Taiwan and Australia by the end of 2020. 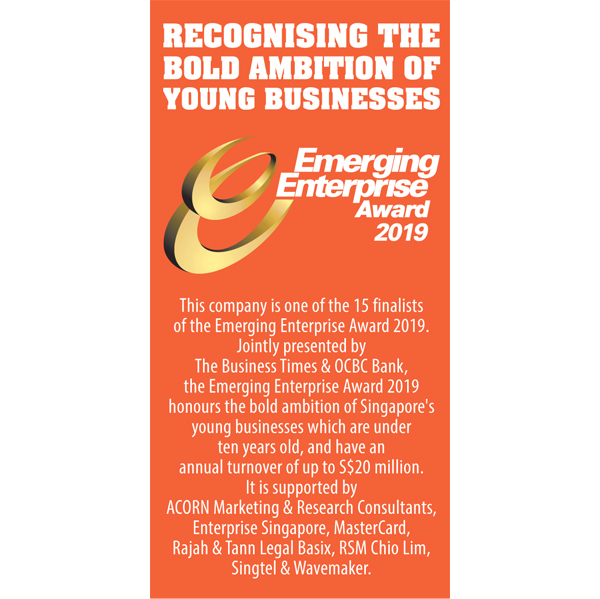 Asia-Pacific retailers bounce back from pandemic with new growth plans

THE pandemic has been a tough challenge for retail globally, but retailers in the Asia-Pacific are coming back stronger with plans to expand by...

A REVIEW of wealth taxes to fund growing recurrent spending could centre on property taxes, with cooling measures potentially adjusted in tandem,...

Actress Jeanette Aw is taking her home baking business to a brick-and-mortar store in April or May.