AS A child, Adrian Ang grew up suffering from constant bouts of asthma attacks.

It was these experiences many years ago that sowed the seeds for Mr Ang to develop his company - AEVice Health.

"I saw first-hand the pain and anxiety that my mother, as a parent, had to go through, just to make sure that I could be well again," said Mr Ang as he explained why he wanted to work in the healthcare industry with the aim of developing a device that could help children deal with asthma.

In 2016, two years after graduating from Nanyang Technological University, he met one of his professors, Ser Wee, for coffee, who told him about a workspace that he had in Ayer Rajah Crescent.

They decided to join forces and create the company together, with Mr Ang becoming chief executive officer.

They were joined by two others: Edmund Shao and Rex Tan, who would also be co-founders as well as business development head and chief technology officer respectively.

Mr Tan drives the technology efforts of AEVice Health, while Mr Shao focuses on the customer and client side of the business and looking for more potential customers.

AEVice Health's mission is to develop wearable devices for people with asthma conditions, and the first one they came up with is targeted at children.

Called "AireSone Junior", parents will be able to monitor the vital signs of their children, with the device even notifying them if an asthma attack is imminent.

For doctors, the device will mean that now, they will be able to look at the historical data sets of their patients. According to Mr Ang, doctors will be able to "better understand their conditions and prescribe medications as well as measure the efficacy of their treatment plans".

Though AireSone Junior has not gone on sale yet, a crowdfunder that began in early-September has seen more than a thousand people expressing their interest and making pre-orders.

Those keen in the AireSone Junior come primarily from the US and the UK. Depending on how the sales go after the first crowdfunder, AEVice Health will set up an office in either of those two countries.

When manufacturing the AireSone Junior, Mr Ang said the top priority was ensuring the standards and quality were top-notch.

The initial manufacturing will be done in Singapore so they can keep a closer eye on the process and ensure that safety standards and compliance are met, said Mr Ang.

In the long term, however, they accept that scaling up on a large scale in Singapore could prove too expensive so the plan is to eventually shift production overseas.

One challenge that AEVice Health has been facing is dealing with the regulations, safety requirements and standards that differ from country to country.

The co-founders have also found it a constant battle to keep up with the rapid pace of technological innovation in healthcare, as well as the changes in regulatory framework as technology advances.

Mr Ang gave one example of this: In the European Union (EU), a previously harmonised regulatory standard called the CE Mark (Conformity Europe Market) is being destabilised by Brexit.

Depending on how the Brexit negotiations pan out, there remains a growing uncertainty over whether the UK will still continue to use the CE Mark, or if they will even be allowed to.

For now, Mr Ang and his co-founders intend to make their mark on Singapore's healthcare industry, which they said would experience three big changes over the next decade.

The first is the proliferation of wearable devices like Fitbits and their AireSone Junior, which they describe as important means to monitor a person's health and vital signs.

The second change they say is coming will be the use of artificial intelligence to "accurately predict the occurrence of an oncoming relapse, like heart attacks, or asthma attacks".

The third change, in their eyes, is the creation of unified devices that combine the effects of the first two changes.

This could mean an all-in-one device that can predict how lifestyles affect a person's health, their likelihood of developing certain diseases, and being able to suggest ways to minimise the chances of developing that disease.

Mr Ang said the AireSone Junior has the potential to help people better understand their respiratory signs and address problems at an early stage.

The device will collect information from patients with their consent, and help healthcare professionals and institutions manage the data to improve the lives of their patients. 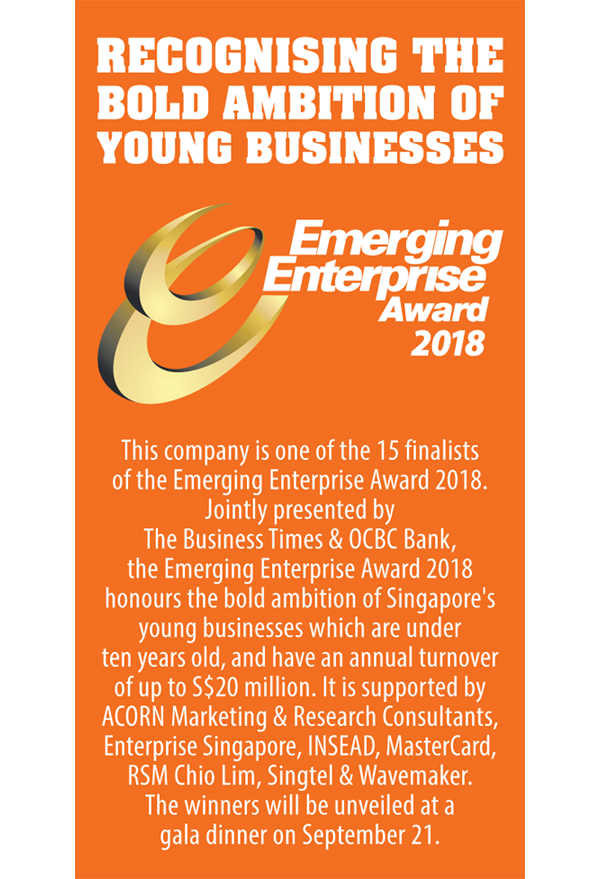 AEvice brings wearables and the cloud to paediatric asthma treatment

Pawnbroker scores with online sales of jewellery and luxury items

Pawnbrokers are proving to be one of the more unlikely winners amid the economic downturn, with consumers spreading their online shopping net much...

WHEN it comes to building a career, there are the movers and the stayers - those who easily segue from one industry or company to another every...

Man over Machine: Recognising the human value of digitalisation in SMEs