WHAT does one do with large amounts of food that are still safe for consumption, but end up being thrown away just because they are slightly blemished or nearing their expiry dates?

TreeDots, the young social enterprise is a bustling online platform that allows businesses and individuals to purchase discounted food items and groceries from suppliers who would have otherwise discarded them.

This simple yet compelling mission to reduce food and packaging waste is inspired by similar movements in Europe and the United States, but relatively nascent here in Asia.

The United Nations estimates that food loss and waste is responsible for about 7 per cent of global greenhouse gas emissions, and that nearly 30 per cent of the world's agricultural land is occupied to produce food that is never consumed.

Having worked together on various small businesses over the years, they saw no reason why Singapore could not play a part in tackling an important global issue.

The trio set out to build an enterprise that could prove as much, and they had a rough time doing so, especially during what proved to be a difficult first year in 2018.

Most days began at 5am as they did their deliveries. There was not much volume at first and it was possible to finish the last delivery by lunchtime.

After a quick lunch - often wolfed down in their delivery truck - they would change out of their sweaty clothes and head out to do sales.

"When we were done seeing customers, it was already 6pm. We head home and it's time to solve other problems, fix processes and follow up with meetings. By the time we end work, it's usually 10pm or 11pm. The next day, we repeat," said Mr Jong.

Months on end of such 18-hour days, partially living in trucks, began to take a toll.

"It's not like in school, where you have got a standard syllabus and a teacher to guide you through everything. Here, you only know answers on hindsight, after you have failed or succeeded," he added.

They also faced some pressure due to the fact that they had all left "decent jobs" that paid well above what a fresh graduate would typically earn. The three co-founders also did not draw a salary in the first year of TreeDots' operations.

Things began to look up when major players in the industry started to take notice of their value proposition.

TreeDots was approached by some of the biggest suppliers of fresh chicken, beef and seafood in Singapore, which gave them some confidence that the company was heading in the right direction.

But it was really the buyers, said Mr Jong, that gave them the assurance that they had a viable business, supported by demand. Catering companies were among their early customers to place bulk orders.

The co-founders also received grant support and mentorship along the way.

In 2018, the year they were building their startup from scratch, they were awarded the DBS Foundation Grant, and were part of an eight-month funding and mentorship programme for young social entrepreneurs run by the Singapore International Foundation.

Such support helped TreeDots to take flight. They were able to bring more hands on board - freeing up their time to focus on more strategic work - and scale up into a thriving social enterprise.

But earlier this year, when Covid-19 hit these shores, Mr Jong said TreeDots had to pivot rapidly.

Food consumption habits were turned upside down overnight, due to the nearly two-month circuit breaker and numerous social distancing measures.

This delivered a major blow to the enterprise's core buyers - catering firms, restaurants, hawkers and canteens.

As a result, there was a surplus of products manufactured for food service businesses, but a shortage of grocery products, as more people bought groceries and stayed home to dine.

In response, TreeDots - which until then, had largely been a business-to-business enterprise - quickly accelerated efforts to build up its consumer arm.

They recruited "advocates" - friends, neighbours and family members - to organise group-buys on behalf of their local communities.

To-date, according to Mr Jong, they have about 100 such communities in Singapore.

TreeDots also stepped up to help households and individuals affected by the downturn.

This year, they teamed up with DBS and Food Bank Singapore to launch the Virtual Foodbank app, which provides real-time information on food items, including perishable cooked food, that can be distributed quickly to beneficiaries.

Mr Jong said the initiative helps to fill a gap in current food donation drives, where the bulk of donations tend to be canned and dried goods, potentially falling short in nutritional value.

The app also seeks to use data to match demand and supply more efficiently, reducing wastage from excess resulting from duplicate donations.

TreeDots managed to stay resilient amid the Covid-19 pandemic and experienced only two months of negative growth, said Mr Jong.

Asked what matters more to TreeDots - doing good, or making money - Mr Jong stays true to the social enterprise spirit and refuses to choose one.

But TreeDots has its sights on advancing both mission and profits. Next year, it plans to ramp up hiring, add new buyers and suppliers, and make greater use of technology to support greater scale.

"A social enterprise is one that can both do good and make money," said Mr Jong. "It should not be a dichotomy. It's been shown in the Western world to work, but in Asia it's a newer concept. We hope to be the company that takes the lead on this, to inspire more social enterprises to spring up in South-east Asia." 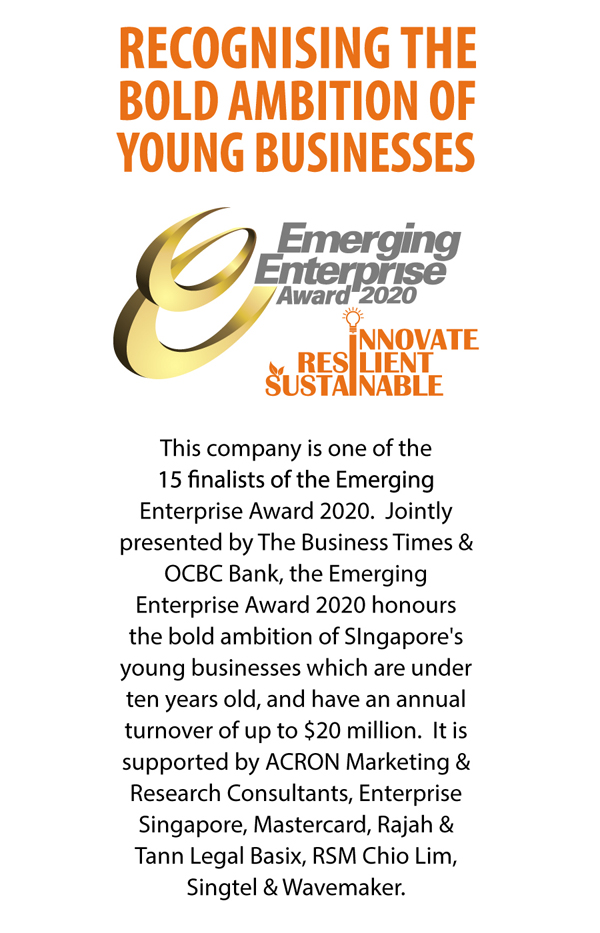 NEWLY restructured OrangeTee & Tie (OTT) is dialling up its digitalisation and data-driven efforts as it sets its sights on an increase of at...

Laid off during crisis, she went on to found a company worth S$8m

AT the height of her career, Shi Ru Xin was retrenched as a result of the global financial crisis of 2008. About 100 unsuccessful job applications...