NELSON Lim, who co-founded an agritech startup in Singapore, likes to joke that his crops are incredibly pampered.

"They have to have the right food and the right water, they 'listen' to music, and they even get 'massaged' with wind from a fan," he said with a laugh.

His company I.F.F.I. intends to lead the charge in precision farming, an approach in agriculture where crops are researched and monitored to receive exactly what they need for optimal growth.

"You can control everything - how hard or soft you want your vegetable to be, the nutrition level, the sweetness level and much more. This is no magic. It's all due to science and technology," he said.

Tech solutions not only help to improve yield and quality of crops, but address the perennial challenge of manpower, which is one of the largest cost factors in urban farming.

Racks for the crops are also customised to different heights and sizes for precision farming, while a customised light spectrum was designed so that crops are cultivated in an optimum way.

I.F.F.I. was founded a year ago as a subsidiary of TranZplus, a precision machinery and components manufacturer.

TranZplus was one of the main vendors for Panasonic Factory Solutions Asia Pacific (PFSAP), when Panasonic began venturing into indoor farming five to six years ago, and needed to manufacture some racks.

It was then that Mr Lim, who was then TranZplus' chief executive, met Alfred Tham, the deputy general manager of PFSAP's agricultural unit. Mr Lim saw a big business opportunity in urban agriculture and its importance in food sustainability.

He decided to start I.F.F.I. (which stands for Indoor Farm Factory Innovation) with Mr Tham, who now heads the subsidiary as its chief executive.

I.F.F.I. was one of only nine urban farms that was offered a total of S$39.4 million in grants by the Singapore Food Agency in August to support local food production.

The company is planning to launch a 38,000 square foot mega indoor farm by the middle of next year. The farm, which is under development at JTC Space @ Tuas, is expected to churn out 800 kg to 1,000 kg of produce per day. It will be able to accommodate about 12 layers of racks for crops, Mr Tham said.

Mr Lim described the current Covid-19 crisis as a "wake-up call for everyone". With the pandemic sparking concerns over food security and protectionism by food-producing nations, Singapore's ability to rely on local resources has become more important than ever, he said.

Vertical indoor farming will be a huge driver of this growth because of its ability to maximise the use of space in land-scarce Singapore, Mr Lim said.

I.F.F.I's ambitions are not limited to the borders of Singapore. In food-producing countries that are dependent on seasonal crops, the company sees opportunities in helping enterprises and traditional farmers grow their produce indoors under controlled conditions all year round.

The startup's core business model would be to serve as consultants and designers to businesses looking to set up urban farms. It is currently in discussion with three potential clients - one is in traditional farming and looking to automate some processes, another is in the logistics industry and the third is in the marine sector.

In February, I.F.F.I. signed a memorandum of understanding with a manufacturing company in China to set up a joint venture called I.F.F.I. China. The China facility will feature an indoor farm, a salad cafe with produce from the farm and a gym facility.

A few investors have already approached I.F.F.I. and shown "great interest", said Mr Tham. The company is currently in negotiation with them.

One of the company's biggest goals is to spark interest in farming and help drive research in this sector.

"You don't see many people studying hard to try to go into farming," Mr Lim said with a wry smile.

"Can you imagine if we put 'hiring for farmer' in our job scope? It's a finished game!"

Thankfully, educational institutions have been working closely with the government and private sector to teach youth about the newest farming technologies.

Mr Tham, for instance, is an associate lecturer at Republic Polytechnic for the school's diploma in urban agricultural technology.

I.F.F.I. plans to dedicate a space within its upcoming mega farm for a training and R&D centre. The centre will host workshops, seminars, institute courses and research collaborations for crop recipes and farming methods.

A farm-to-table cafe parked next to a cultivation showroom is also in the works, with the aim to let consumers appreciate the value of fresh homegrown indoor crops.

As the company expands on its ambitions, I.F.F.I plans to hire 30 to 40 staff, mostly for its mega farm.

"We want to change the mindset of people, and how they look at farming," Mr Tham said. "Farming can also be very sexy!" 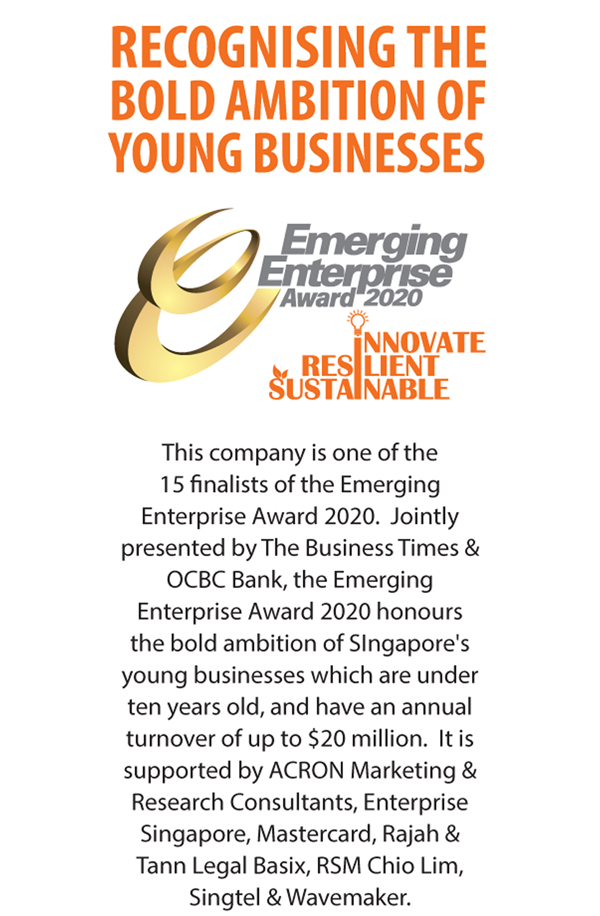 DEPARTMENT store operator BHG Singapore is taking over the first two floors of the space formerly occupied by Robinsons Singapore at Raffles City...

TraceTogether check-ins not compulsory yet, retailers told after some outlets turn on function too early

TraceTogether-only SafeEntry will be implemented only after everyone has had a chance to collect a token.