CREATING a social impact was on Vishnampet Sethuraman Hariharan's mind when he co-founded Third Wave Power, a Singapore-based company that sells solar-powered products.

To him, distributed renewable energy - or delivering portable power solutions to regions where supply is intermittent - will eventually change the world.

"We create a range of solar products for people who are off-grid. Either they live in a place where there is unreliable or no electricity, or they travel to places with no electricity," said Mr Hariharan, the firm's chief executive officer.

In particular, a large proportion of their customers are from rural areas in India, where their products have reached out to villagers in more than 10 states. Portable lanterns are their best-selling product there.

"People in villages need lighting for studying, going to the farm and walking around. Today, every household has a phone, whether it's in Africa or India, but back when we launched, lighting was the priority in rural areas," he said in a recent interview with The Business Times.

Mr Hariharan, however, noted that despite keeping prices low, many customers in rural areas still struggled to afford these renewable power solutions. To mitigate this, the company worked with micro-financing institutions to allow customers to buy its products in instalments.

Also in the works is a pay-as-you-go system, a monthly payment model where the customer pays to use the product for a month. This provides an affordable solution to customers keen on buying more expensive products such as its solar home lighting systems.

"You need to get quality products with the right features at the right price points, and then find channels that can actually reach these products to the customers in a cost-effective way," he said.

Prior to starting the company back in 2011, Mr Hariharan had worked at Hewlett-Packard for almost 20 years. Despite his wealth of experience in the corporate world, his journey with Third Wave Power has not always been a smooth-sailing one.

Its first product, the mPowerpad, came with a multitude of functions, such as a mobile phone charger, a built-in radio and even insect repellent. Despite selling a few thousand units, the product could not scale and was eventually discontinued.

"It was too heavy and too big, and it did not meet the needs of a large number of people," Mr Hariharan explained. "It took us a year or two to get some products out, but we then realised they were not the right product for the market to scale. It took about three to five years to get the products right."

Another challenge Mr Hariharan noted was the many competitors in the industry from all over the world, including the two superpowers the US and China. While it was important to keep their offerings affordable, the quality should never be compromised as a result, he added.

"Some of the batteries we use, like the LFP battery, are cutting-edge. Unlike the batteries you have in smartphones, which degrade after about two years, these LFP batteries can last for four to five years," he said.

"It has now become quite commonplace in the industry to use LFP, but we were one of the earlier ones to get into it."

Over the next few years, Mr Hariharan has plans to scale the company by looking into potential partnerships with multinational companies. It also has plans to venture into a new region - Africa.

While there are already a number of solar product companies in Africa, he believes that Third Wave Power can continue to meet customer needs there through strategies like product differentiation.

"Entrepreneurship is a very risky proposition, whether you're young or more experienced like me, because you start from scratch. We had to go through many changes over eight years to really get to the right place," he said. 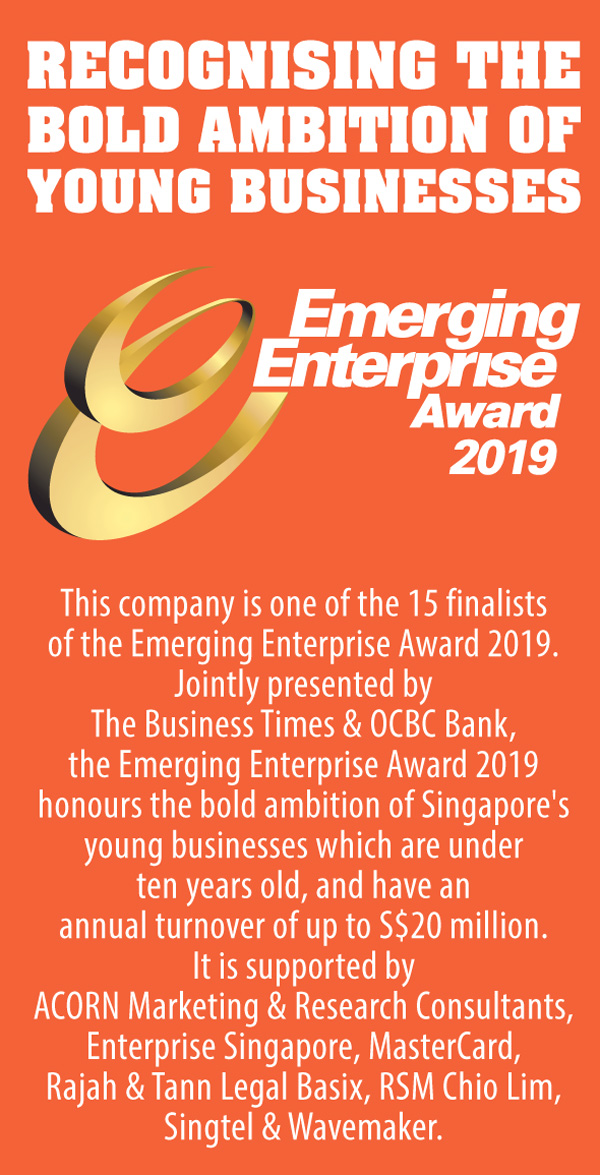 SECURITY firm Certis on Wednesday launched a programme to hire 100 locals while boosting its training opportunities for existing staff in a bid to...

SOME Singapore retail and food and beverage (F&B) businesses are grappling with unexpected rental increments and hefty security deposits (SDs...

Those ranked as assistant managers and above could get up to 15.72 months' bonus.