It is an apt description of the content delivery network (CDN), cybersecurity and cloud services provider.

In a nutshell, the firm works to improve web performance and speed up loading times for its clients' networks, while protecting them against malicious attacks.

"We are like postmen, delivering 'parcels' (customers' data) from one part of the world to another," said Mr Chua in an interview with The Business Times. "(But) while we are delivering the parcel, we have to make sure nobody hijacks the parcel."

At its core, Toffs' CDN is made up of software embedded in data centres across Asia.

The firm uses caching - a process where data is stored so that future requests for the same data can be accessed more quickly - to reduce loading times for its clients.

At the same time, its software ensures that threats such as distributed denial-of-service (DDoS) attacks are mitigated.

While Toffs' offerings are not unique, with global players such as Akamai Technologies and Cloudflare in the mix, the firm is well-positioned to carve its own niche, said co-founder and director of technology Jason Kong.

"We have an unbridled enthusiasm to show the world that Singaporeans have this can-do attitude, (that) we can compete against the bigger boys like Akamai and Cloudflare which are all US-based companies," he said.

Indeed, it was while working at Akamai that the duo - who were colleagues and part of the firm's regional management - decided to strike out on their own in 2014.

The opportunity? Small, underserved but fast-growing cities in Asia that were typically overlooked by global players.

"We could not compete in Beijing or Shanghai . . . but we could go into smaller cities like Medan (in Indonesia) or Wuhan (in China)," said Mr Chua. The strategy would prove prescient, but it was not without its challenges.

The duo had funded the initial development of Toffs' software with their own savings, along with investments from friends and family.

At the start, they worked from home and in cafes to develop the software, a process which took two years.

After the software was built, Toffs faced an additional challenge - convincing large enterprise customers to onboard its solutions, which were unproven at the time.

Questions were raised regarding the robustness of the new software, as compared to the offerings of larger, more established firms.

Also, Toffs worked to convince the Singapore government - as part of a tender - that its solutions were up to par.

In 2017, Toffs won a bulk tender as part of a consortium of six companies to provide DDoS mitigation services to government ministries, government departments, organs of state, statutory boards, and participating universities, in a multimillion-dollar three-year contract.

Since then, the firm has expanded its operations in the region, including China and India, with some 60 employees across the region.

Revenue for 2020 is on track to come in at US$8.2 million, up from US$7.4 million a year before, and the firm is expected to be profitable.

In 2021, Toffs expects to double its headcount to some 120 employees, Mr Chua said, due in part to the knock-on effects brought about by the Covid-19 pandemic.

As cities around the region grappled with the virus by implementing movement restrictions and work-from-home mandates, brick-and-mortar firms had to digitalise - and fast.

As a result, there are new business leads for Toffs, said Mr Kong. The firm is keeping a close eye on the retail industry, as brick-and-mortar retailers are forced to digitalise and establish e-commerce solutions as a result of reduced footfall in physical outlets and shifting consumer preferences due to the pandemic.

To that end, Toffs has been developing an e-commerce platform that will enable retailers to showcase their products in 3D, which will enhance the buying experience for consumers, Mr Kong said.

The firm has also been able to tap on the Singapore government's Temporary Bridging Loan Programme, announced in April's Solidarity Budget, to fund its expansion.

"So far, in terms of business impact, the pandemic has been positive for us," said Mr Kong. 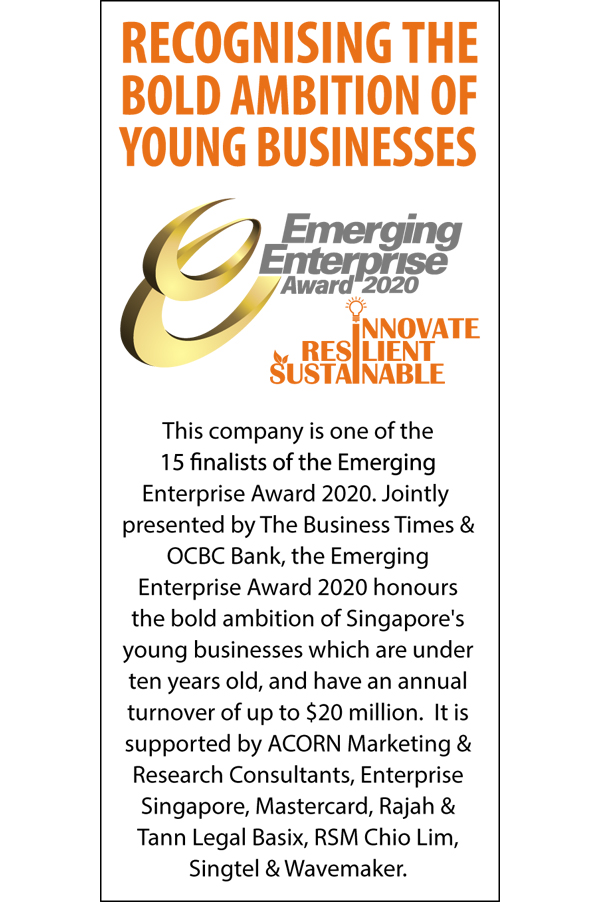 ONLY six per cent of consumers in Singapore - the lowest of all markets surveyed - would revert to pre-Covid methods of payments after a vaccine...

TO KICK off the financial sector's next phase of growth, Singapore will have to continue prioritising the development of local workers, said Minister...