THE current state of medical technology has meant that despite there being some 20,000 genes in the human genome, the standard procedure for drug discovery is to laboriously measure the effect of a test drug on a single or pair of genes one by one.

Each individual or pair of genes has to be examined, which would theoretically mean conducting an excess of 20,000 tests for individual genes, and an additional 400 million tests for pairs of genes.

The trial-and-error approaches have been summarised by Engine Biosciences co-founder and chief executive officer Jeffrey Lu as: brute-force hacking or old-fashioned quests.

These methods are expensive, inefficient, and unscalable and have a 99 per cent failure rate.

This results in the US$2.7 billion costs associated with every new drug discovered and approved, said Mr Lu.

He added that most drug research also tended to be clustered around a small set of targeted genes, and that there had not been any data-driven approaches to the drug testing and discovery process yet.

Armed with technology developed by researchers at the Massachusetts Institute of Technology (MIT), Harvard University and others, Engine Biosciences has developed a new way of running drug tests on cells in an efficient and scalable manner.

Mr Lu said it was the eventual goal of the company to use advances in computation, technology, and biology to change the way diseases are understood, diagnosed and treated.

Founded in 2015, the firm's technological advances combine developments on two aspects: the computational and the biological.

The firm's mission: to "digitise" and organise the cell's information and use the resulting data to drive drug discovery.

So, instead of manually testing the 20,000 single or 400 million pairwise genes one by one, Engine Biosciences uses data analytics on its database of cell information to conduct its drug testing research.

Once machine learning has been used to study the datasets and generate the test hypotheses, the company takes these findings to its wet lab to run these tests.

Mr Lu said having greater computational power alone would not be enough to drive changes in the drug discovery process.

Breakthroughs in biological research are needed as well, and this is where the company's patented CombiGem technology comes in.

Described by Mr Lu as a "patented high-throughput, large scale wet lab biology platform", CombiGem refers to a new way of tagging and tracking the effect of drugs on gene expression and behaviour.

In essence, this would allow the firm to perform multiple tests on cells in parallel. Mr Lu said that while ordinary procedures run one test at a time, CombiGem would allow the company to be far more productive, running anywhere from 100,000 to 1 million simultaneous tests in cells.

Furthermore, this would allow Engine Biosciences to test pairs, triplets, or higher order combinations as well.

After testing in the wet lab, the firm takes the results and feeds it back into the computational data analytics and machine learning systems for it to suggest further testing hypotheses.

The feedback loop then continues as further results are fed back into the computer systems again.

Mr Lu said that because of the nature of its machine learning, Engine Biosciences will be able to apply its insights to a whole range of therapeutic areas which gives the firm a strong position in the pharmaceutical industry.

"In short, we are able to use our technology on the computational and biological front to discover novel drugs and enhance product values by doing more, cheaper and faster R&D."

While the company's mission is to improve the drug discovery process, Mr Lu said the data-driven platform can have other uses as well.

Things like cell reprogramming and repurposing, as well as working on ailments like Parkinson's disease, Lou Gehrig's disease (also known as amyotrophic lateral sclerosis, or ALS), and Alzheimer's disease are also within its purview.

When asked about specific examples of how its findings might be used, Mr Lu said knowledge of gene interactions can be exploited by introducing drugs which block certain disease-causing phenotypes from being expressed.

Synthetic lethal interactions - a process where specific genes can be targeted which would kill the entire cell - can also be used to get rid of cancer cells in the body.

And cell state transitions can be controlled for regenerative medicine or cell reprogramming.

Co-founder and director of operations and finance Daphne Teo said the firm's business model is based around building a drug pipeline internally, while also forming partnerships to expand its reach and to access non-dilutive capital.

While the firm did not disclose financials, Ms Teo said it is head-quartered in Singapore but also has a San Francisco location.

It has about 20 staff spread across both locations, with most of them hired in the last eight months. She added that the firm is executing plans to expand into major cities in China and that it was growing rapidly. 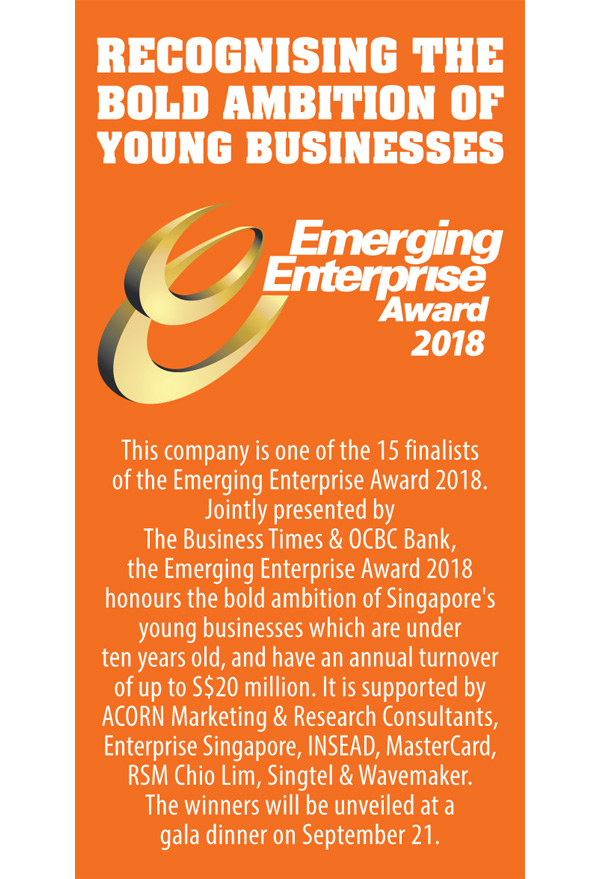