TAKE a walk past The Cathay today, and it is impossible to miss the huge dog guarding the building's entrance. That is, the half-squatting bright red balloon dog casually relieving itself of a balloon poop (so is that where balloons come from?).

The permanent installation was made possible by local designer toy studio Mighty Jaxx, which worked with London-based artist Whatshisname to create the line of balloon dog toys that the Cathay sculpture is based on.

But Mighty Jaxx is more than just a toy maker. The company dabbles in all areas of urban culture - be it designer figurines, apparel, developing punk brands, or even creating its own unique licence.

Its founder, Jackson Aw, embodies the bold and deviant edge that the studio is celebrated for. Back in 2012, at the tender age of 22, Mr Aw used a S$20,000 loan to kick-start Mighty Jaxx with the sole purpose of creating fun and original collectibles.

Just like that, what began within the four walls of his bedroom has since expanded to over 50 countries. To date, thousands of limited edition collectibles have been shipped out, each with a price tag ranging from US$20 to US$1,500.

They are designed in collaboration with both local and international artists, and some are developed under licence from companies such as DC and Cartoon Network. To keep fans on their toes, a new toy is released on Mighty Jaxx's website every Saturday at 10pm - the stipulated magic hour.

One line of toys that has become a hot favourite among collectors is the XXRAY series, designed by American artist Jason Freeny. It features characters such as Spongebob Squarepants and Wonder Woman with one half of their anatomy revealed in all its guts and glory.

One such figurine, at 10cm tall, typically costs US$20. Just last month, a 21.5cm-tall special edition XXRAY Elmo worth US$120 was only available for 24 hours before pre-orders closed.

Recently, driven by demand from customers in the US, the company ventured into making apparel that went with the toys. As it turned out, the fashion apparel ended up generating four times more revenue than the toys.

The apparel is distributed in hundreds of stores in the US focusing on pop culture and entertainment.

"From there, we are exploring Harry Potter, Fantastic Beasts, Simpsons, all different types of properties and having fun with them because we can redesign them in a style that is unique to us," he added.

Mighty Jaxx is currently riding on its reputation as an expert in bringing the taste of urban culture to the masses.

It developed a licencing arm this year that works with the top 1 per cent of the artists they collaborate with, such as internationally renowned dance crew Kinjaz.

The company creates designs for these artists and licences them out for promotional purposes, including events, exhibitions and crossover collaborations. The Cathay POPIKI balloon dogs installation is one such example.

The company has also begun investing in microbrands. This venture focuses on using Mighty Jaxx's process of conceptualisation, production and distribution to create brands out of personalities, while the Mighty Jaxx name takes a backseat.

For instance, it is currently developing a brand based on the late Japanese filmmaker Akira Kurosawa, who made hundreds of extraordinary paintings that later became scenes in his films. Merchandise will be produced based on his works.

To date, a six-figure sum has been pumped into microbrands, an indication of the company's commitment in scaling its operations.

"It turns out that the same ratio does not extend to revenue growth. So the past year has been about seeing how we can scale."

Their efforts have begun to pay off. In June this year, Mighty Jaxx hit last year's revenue - it is projected to reach S$6 million in 2018.

Like all companies in the modern age, Mighty Jaxx has taken steps towards integrating technology in its business.

It teamed up with the Institute of Technical Education (ITE) College West's Technology Development Centre to come up with a way for customers to authenticate their products through an app. From there, the company hopes to take it further to data analytics and a potential online marketplace.

Commenting on the local industry, Mr Aw said that over the years, he has seen more brands popping up in the pop culture scene. But for many of them, it is sustaining the business that eventually becomes a struggle.

"I think some of them are just hobbies, it's just what they like. They want to create things and that's good enough," he said. "And then there are people who want to take it to the next level and develop a company out of it - because that's what we like doing."

At the same time, Mighty Jaxx also hopes to bring a new perspective to Singapore.

"When we were invited to do that (Cathay) installation, to me, it wasn't about the money. It was about putting a piece of urban culture - a piece of our culture - as a landmark on our island. And that's my purpose of putting it there. We have to change the landscape. We have to inject new creativity and inspire our citizens," said Mr Aw.

"It's something fresh - who would've thought that a pooping dog would be a landmark in Singapore?" 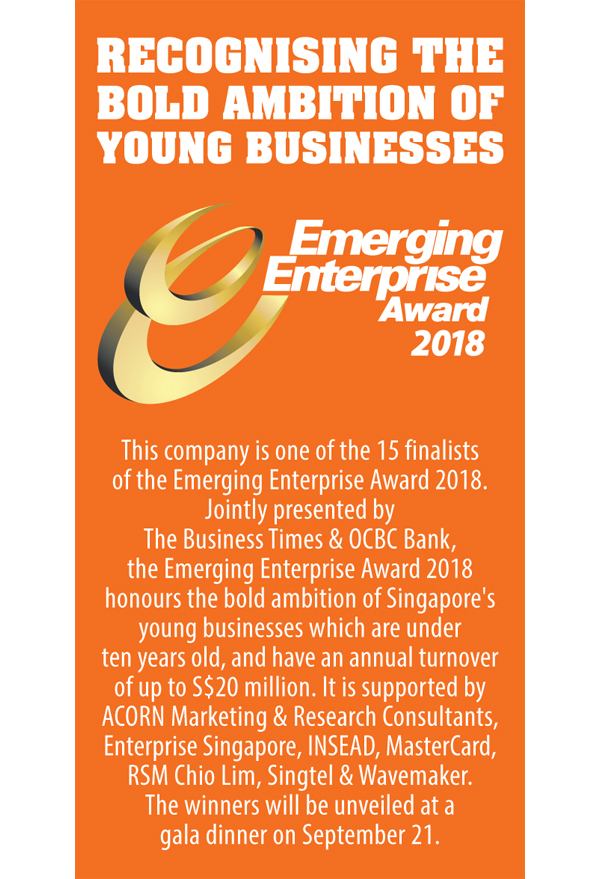 Data - the mummy of baby fairs

When fantasy pieces come together

AS the Covid-19 pandemic continues to rage around the globe, local small and medium-sized enterprises (SMEs) are meeting demand for diagnosis,...

IN an era where Singaporeans can't get enough of online shopping, the automobile industry has managed to fight off the trend of digitalisation....

FOR a chief executive officer of an event producer, Leslie Ong is unusually positive. By a stroke of good fortune, Mr Ong's firm UnUsUaL Ltd was...