GROWING up, Ben Ang had always felt a struggle within him. He loved toys and comics, and he wanted to create beautiful figurines.

He just wasn't that great at art.

When Ben received his first airbrush set at the age of 20, he had no idea how to use it. His older brothers Seng and Clair hadn't a clue, either.

But 24 years and tens of thousands of paint jobs later, the premium collectibles studio founded in 2014 by the three brothers and their two business partners - Chris Sng and Bryan Tan - has been named "Best Statue Company" in the world, three times.

The studio rolls out over 40 new designs each year in collaboration with international artists.

Some of their pieces have sold out within as little as two minutes of their respective launches. They are best known for the care, intricacy and sheer effort that go into each piece, which warrants a price tag of S$500 to S$6,000.

XM Studios might be making waves in the collectibles scene now, but it almost did not exist.

At that time, the Ang brothers were taking up jobs servicing sculptures in shopping malls, and painting 363 days a year, 12 hours a day.

After a particularly long day of repairing a snowman sculpture at VivoCity, with scaffolding that spanned six storeys, an exhausted Ben turned to Seng and asked: "What are we going to do in 10 years' time, when we cannot climb sculptures anymore?"

Those words gave strength to Ben's resolve - to never settle for anything less than what they had once dreamed of.

"After so many years of practice and mastering the trade, my brother tells me that he's going to drive a taxi? This is not the life I want for him 10 years later, and not for myself," recounted Ben.

For the next two years, he looked into the collectible statues industry. To kick start their business, they first needed a licence to produce models of characters.

But every door he and his brothers knocked on, be they small gaming companies or big players such as Warner Bros, led to a rejection.

"Too small"; "Too unknown"; "You need to have a million dollars first", they were told.

Until finally in 2014, the company managed to secure the Marvel licence to produce collectible statues for South-east Asia.

The pieces started to come together. The very first statue they launched, a version of Captain America, was an instant hit.

Priced at S$800, its detailing and level of realism won them the Best Large Scale (1:5 to 1:4) Statue of the Year award in 2014, as voted by online community Statueforums.

Today, XM Studios has left its mark internationally, with a presence in 34 countries worldwide.

And their fierce attention to quality hasn't waned. In 2016 alone, they invested S$450,000 into quality control, which has led to a defect rate of only 0.05 per cent. The products are made in a factory in China, then sent for three rounds of quality processing at a 20,000 sq ft facility a kilometre away.

Meanwhile, the company's revenue soared to S$10 million last year, from S$281,000 in 2014. Almost all of the revenue to date has been generated from only the Marvel licence.

Now, the founders are dreaming bigger.

XM Studios has spent the past two years venturing into creating original characters with original backstories. Fairy tales will be reimagined with a darker and more mature edge, and strong heroines will take centrestage.

They've even roped in Kurt McClung, an American writer who has written for popular video game series Assassin's Creed.

The stories could be revealed through a website, or a Web animated series, or even a mobile app that unlocks each story chapter by chapter. Plans aren't firmed up yet, but the idea is to build up the fictional universe and let fans develop an emotional connection before they eventually part with their money for a statue.

The company hopes to unveil the project next year, and they're not stopping there.

An "XM experience store" chain is also currently in the works. Urged and supported by fans, the founders are envisioning an experiential physical space where collectors can appreciate statues, learn about the painstaking process of creating one, and shop for XM-branded lifestyle apparel.

The plan is to kick start the project with stores in Singapore, Malaysia and Thailand. The next stop: major cities across the world, according to Mr Tan.

XM Studios has also embarked on new product lines, some of which will be more affordable. Recent collaborations include projects with Royal Selangor and another with design firm Legendary Beast Studios.

"One of the key challenges XM faces - and will face in the near future - is that we have big ambitions but are a lean team, so we are held back somewhat," said Mr Tan. "One of the ways we are exploring is partnerships or collaborations with either investors or other complementary businesses, to scale faster together."

Big ambitions, indeed. After all, you could say that it takes a hero to build one. 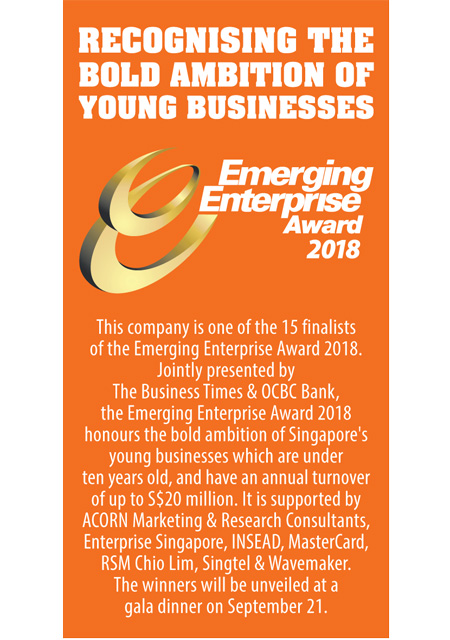 Data - the mummy of baby fairs

Toying around with urban culture

FOUNDED in 2003, outsourced solutions provider TransFingo has always had a vision to serve the aerospace industry, says managing director Kelvin...

Globaltronic Precision: From semiconductors to aircraft

FOUNDED in 2002, Globaltronic Precision is one company that leveraged its expertise in precision machining for the semiconductor industry to start...

V3 drives ahead with digital solutions

V3 Smart Technologies, which has been involved in technology since it started in 2003, is now one of the leading companies in Singapore selling...